CAR26’s UK Government Petition to End the Ban on Fracking, Opens The Door to Frack Once More 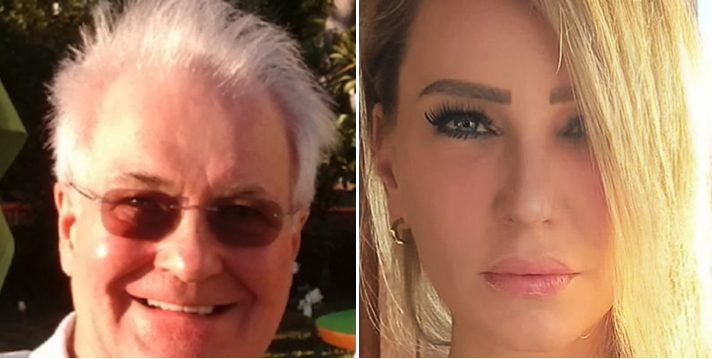 Following a response to CAR26’s Petition to End the Ban on Fracking which was rejected and tossed back to the Goverment for a better answer, the Government has now responded and opened the door to this huge opportunity.

The Government said it will consider fracking if (a) The science can demonstrate it is safe; and (b) It can be shown that it won’t create a disturbance to local people.

We know that fracking is safe – claims of serious earthquakes have been disproven and now evidence that campaigners funded by Russia, who want us to be reliant on their gas instead.

“The Seismic energy scale clearly describes the physically detectable effects of such activity across the scale. The levels measured in Lancashire that were used to shut down drilling were not unusual and are classified as undetectable by the scale. Something is amiss. Either the measurements of seismic intensity were wrong, and were over 10 times larger than reported, or the claims of the people are false. We need to know if the claims of people who are local objectors were checked against an objective independent assessment, they should have been”.

We also know they have been fracking in the USA for 10 years now, nearly 2 million wells without incident, and it has made USA energy independent, with electricity costing householders 1/6 of what Brits pay.

Even before the Ukraine war and before the launch of her anti-fracking ban petition, Lois Perry of CAR26 was calling for a referendum on Net-Zero, because it was obvious to anyone with common sense, that energy costs would be crippling UK – both businesses and people alike.

Other groups, like Net Zero Watch, have now jumped on board in response to CAR26’s petition and are now calling for the Government to follow the science which shows fracking is safe.

24 MPs have signed a campaign pledge including Sir Iain Duncan Smith MP, Esther McVey MP, and the former Minister of State at the Cabinet Office, Lord Frost, have already signed up to the campaign  along with the leadership team of the parliamentary Net Zero Scrutiny Group, Craig Mackinlay MP and Steve Baker MP.

“Since the start of April my constituents have been paying up to 54% more for their gas than they were in October last year, and this is because we have been meeting more and more of our gas needs from the Russian-dominated European market, while our domestic supplies have sat idle.”

“I am delighted that my petition has reopened the door to fracking and the Gov is now looking at this again, seriously”.

“I don’t want Brits to suffer when we have treasure beneath us which we can easily and safely exploit, and control the domestic price, instead of suffering a cost of living crisis.”

“Geologists believe Britain has one of richest shale gas deposits, enough for all our fuel for decades and could make us the richest country in Europe”.

“I urge people to keep signing the petition.”

“It’s one of the few things we can practically do to get us out of this hole whilst drilling plenty more.”

A recent showed that over half of Brits are in favour of Fracking. 44% in favour of shale gas extraction to 36% against in a new Savanta ComRes poll (April 2022).

According to a speech given by the Mr. Kwarteng on Thursday 23rd June,‘…. after much reflection, I asked the British Geological Survey to look again at the science around shale gas extraction in England.”

‘It is absolutely right that we explore all possible domestic energy sources’.

‘…Its much better to source the fossil fuels we need here at home’.

“We have always been clear that shale gas could be part of our future energy mix, but we need to be led by science and above all we need to have the support, the ongoing support of local communities”.

A number of other geologists have made comments:

DJ of Chartwood says: “Some years ago I was a technical advisor to Cuadrilla, so knew the situation well. It’s certainly a great gas resource. My recollection is that the tremor that was felt was probably due to fluid injection lubricating a naturally stressed fault, leading to a “slightly premature!” release of energy. We then though got trapped in the NIMBISM that applies in that part of Lancashire. The population did not want any activity of any kind. Just to be left in peace!”

HD of Petroalbion says: “ The data on increased fracKing in the states is very clear, the ‘quakes’ are too small to notice and are caused by increase in pressure caused by water disposal into reservoirs well below the shales. Water disposal increases formation pressure significantly, fraccing makes very little difference and the slight local increase in pressure is replaced by a relatively small reduction in formation pressure as the gas is produced.”

GB of GSL Position says: “Water disposal is what causes earthquake activity but only when the disposals are into the basement itself. In Oklahoma, it was discovered that disposal wells were injecting into basement. In the past they drilled the disposal wells until they saw a “ piece of granite “and stopped, never logged the well and started injection open hole. Best practices were later adopted / new rules/ enforced which included re-logging these old injection wells and plugging them back 200 feet above the basement. They also lowered injection rates and pressures. This reversed the earthquake trends and today Oklahoma has returned to background seismicity.”

CND of MD Oil says: “You’d have to be on the drill floor to notice anything shake – surely the 2013 BGS review from the geologists is enough? The Oil and Gas Authority told me that some of their staff live in areas where fracking was being promoted and it was rather annoying having people bang on their door.” 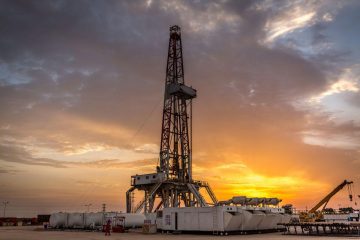